Dude, I’ve been super excited for this release all summer. I picked up the digital copy of the game off the Playstation Network for my Vita for $29.99, although you can buy it right now on Steam for 40% off! I just have a strong preference for playing my visual novels on my Vita, so I decided to pay the extra money.

Amnesia: Memories is the official English translation and port of Amnesia, a PSP game originally only available in Japan. I suspect a certain fan group that attempted to translate Amnesia brought a lot of attention to the game, and Idea Factory finally decided it would be worth investing money to bring it over :P. Regardless, I’m happy that there is a new English otome game to add to my small collection.

In Amnesia, as the title of the game suggests, you wake up having absolutely no memory of who you are. It seems that a little spirit by the name of Orion accidentally collided with you, nearly killed you, and has enough conscience to stick around and make sure that you don’t get taken advantage of by the people around you. Orion appears to believe that everyone could be willing to deceive you if they found out you had amnesia (lol), so he advises that you act like nothing ever happened.

At the end of the intro, you select which world you want to enter. These worlds are like “parallel dimensions” with the same people, but in different circumstances. This actually is one of the more interesting parts of the game, as you never know which familiar faces you can trust and which ones you can’t in each world. The worlds are based on card suits, with each suit corresponding with a certain guy. Heart world (red) will send you to Shin’s route, Spades world (blue) will send you to Ikki’s, Clover world (green) will send you through Kent’s route, and Diamond world (yellow) will send you through  Toma’s route. Lastly, playing through all of these worlds will unlock Joker world, which is Ukyo’s world…

General gameplay tips for those who don’t want to know anything about the game:

I’ll cover and review each route below. There are minor spoilers, but I’ll try to keep them at a minimum.

In the heart world, you’ll meet Shin, your younger childhood friend who’s in his last year of high school (jailbait?!). You first wake up in a hospital, and Shin shows up and immediately kisses you (see above). He makes a few comments about how you seem to be out of it, but ends up checking you out of the hospital and sending you home to your apartment.

So remember how Orion said to not tell anyone that you had amnesia? Well, Shin figures it out the very next day by pulling multiple fast ones on you. He tells you multiple lies that you believe, and then that suspicion meter instantly shoots to max capacity. Apparently Orion was right about humans wanting to trick and take advantage of someone who has amnesia (lol). There’s no way to avoid this, so you just sort of admit that he’s right. Luckily, it seems that he really does have your best interests in mind, and he tries to help you out by deceiving everyone else until you start to remember things. Seriously, his poker face is that good. 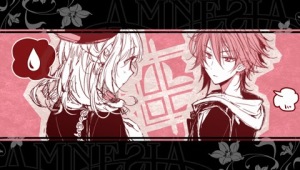 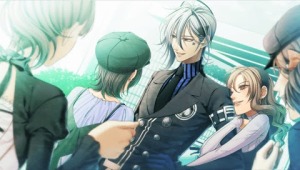 Ikki is based on the womanizer anime trope. He is constantly surrounded by fangirls who are desperate to get into his pants, and of course you are the only one special in his eyes. Speaking of special eyes, Ikki claims to have been blessed/cursed with eyes that overdose women with pheromones, and that’s his reason for being surrounded by women. The protagonist, of course, is the only one who doesn’t fall for his charm, and so he desires her more than anything else. 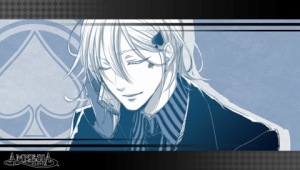 I don’t actually have a lot to say about Ikki’s route. If Shin’s route was solid, I felt like Ikki’s route was pretty bland. It wasn’t anything out of the ordinary in terms of dating sims. I guess what is unusual is how easy it is to die in his route, but it’s generally easy to die in this game if you’re not careful. It turns out that his fan club is full of crazies, and they’re literally frothing at the mouth to try to get rid of you so that they can have him to themselves again. Anyway, nothing terribly memorable here, in my opinion.

At least, I think those are the gameplay goals. Kent’s route was the only route that I managed to pull off a good ending on without needing to obsessively quick save and quick load to get the right decisions, so it seems that he is flexible.

Kent is the somewhat older, super intellectual, math grad student who comes to give a guest lecture at your university because some students asked Ikki to, but Ikki didn’t want to. As such, he’s generally awkward at expressing his feelings, which (counter to real life logic) leads to some really cute moments where he does his best to gain your favor. 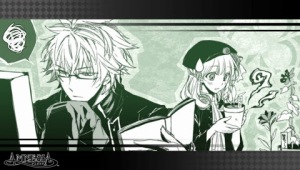 Kent’s route was full of unexpected feels. It ends up being the most romantic path in the game, full of cute moments of the couple’s firsts and generally lots of warm mushy feelings. Have I mentioned that he’s voiced by Ishida Akira? He’s voiced by Ishida Akira. I typically don’t like well-known voice actors to show up in my games because I already associate them with characters I know, but Ishida Akira does a good enough job of taking a different tone with his voice that he doesn’t sound EXACTLY like Athrun Zala, or Xellos, or any of his other characters. Anyway, Kent’s route was probably my favorite of the game, mostly for the surprise factor.

Toma… Where do I begin? He’s your other childhood friend along with Shin, but he’s one year older than you and acted the “onii-chan” to both of you throughout life. He’s the only character who doesn’t start his world as your boyfriend, insisting that he only sees you as a younger sister. At least…until things change.

Toma quickly goes from “onii-chan” trope to “yandere” trope seemingly overnight. Apparently some people have been playing vicious pranks on you–going from trashing your mailbox to attempts to kill you–and so he tells you to come stay at his place until it blows over. However, the temporary stay turns into a longer involuntary stay as Toma goes full yandere and locks you up.

Toma is the most popular character of the game. I don’t get it. I really don’t. Is it supposed to be romantic? It was just downright creepy. I seriously felt unnerved the entire time I was playing this route. The dude freaking locks you up and watches you ALL DAY because he’s repressed his feelings for so long that he can’t control himself. And what’s more, you’re just as crazy about him in this route, since you decide to trust and forgive him ._.

I mean, I sort of get it. I think his route stands out most in the game, probably rivaled only by Ukyo’s route. Also, I have a weak spot for “onii-chan” characters, so he had that going for him in all the other routes until he went crazy on me in his route. *shudders*

So, the difficulty just spiked in Ukyo’s route. When I unlocked it, I checked my endings list to find a whopping 8 new bad ending options opened up. Ukyo’s route is super tricky to navigate, and I think I would have gotten super frustrated with it had I not just gone and looked up a guide.

Note that I’ll just be listing spoilers here. It is the route that opens up after all the others for a reason, and is pretty impossible to talk about without spoilers.

Ukyo is the sometimes sweet, sometimes creepy dude you encounter in all of the other paths. However, something always seemed off about him. He would always ask you who you are dating “this time,” indicating that he might be aware that you are entering different worlds. So when he realizes you have entered his world…shit hits the fan.

Ukyo spends most of his route trying to keep you from dying in a world that wants you dead. His dialogue is super tricky to navigate–in all the other routes, it was generally a good idea to avoid him if possible because he would murder you if given the opportunity. Thus, I found it hard to trust him at the beginning, but then of course you don’t gain any affection or trust for the guy. As it turns out, some dialogue choices are safe, while others will lead you to one of the 8 bad ends where you die.

I won’t delve into too much more of his story, since it’ll spoil a lot about the game, but it does explain why you met Orion and what’s actually going on in this universe. As a result, it appears that Ukyo’s route is most likely “canon,” or as canon as it gets in a dating sim. It’s also fairly sad, if you’re into that sort of thing :(.

Wait…is this supposed to be an otome game? With all the tension and mystery in this game, it felt like it was more a game about survival than it was a game about romancing your dude of interest. I really liked that aspect, but it did make me feel the need to check over my shoulder for the week I was playing it. Also, it’s relatively more difficult than a lot of other otome games I’ve played, since (with the exception of Kent’s route) there is very little room for dialogue choice error. I also felt conflicted about how affection and trust can only be maxed if you avoid all the other characters and commit entirely to your character. In some of the routes, I quite enjoy the character development of the side characters, and you have to miss that entirely if you want a good ending.

Would I recommend it? Yeah, I would recommend it to anyone who likes the otome genre. The voice acting is top notch, the cg art is excellent, the translation is effective, and the stories are good quality (at least, they’re on par with better shoujo manga quality). I’d recommend it to people who like visual novels too. Be prepared to read a lot, as there is little actual gameplay involved. It’s one of those games that focuses on reading and dialogue choices. There are two minigames included as extras in the game, but they don’t add to the story.

If I had to order the stories, I think I would say that Ikki < Toma < Ukyo < Shin < Kent, but I don’t feel like I really came to love any individual character. Again, I have mixed feelings about Toma’s route, as I will likely remember his route most out of all of them down the road…remember how much it creeped me out, that is. I didn’t talk much about Orion, but I really liked how he was your little personal cheerleader throughout the game.

For a detailed walkthrough of the game, visit pixelheals’ site here:

Otome Dreamworld: This website also has walkthroughs for the routes in game.

Follow Boba and Games on WordPress.com
Join 292 other followers 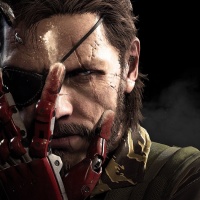 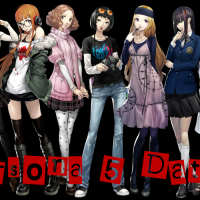